Jokes In Chinese:
The Guide to Being Funny in Mandarin

So you want to learn some Chinese jokes to help you be funny in Mandarin? You have come to the right place.

Enjoy a good laugh and learn some good stuff! 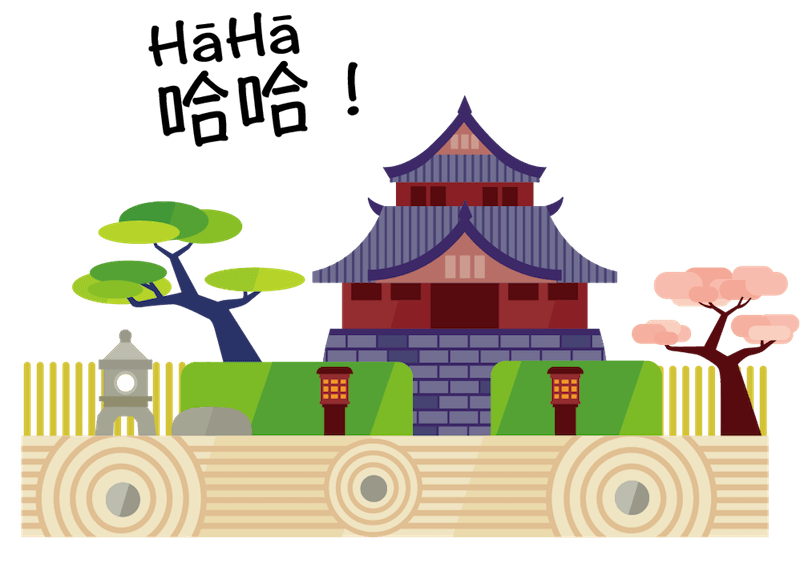 The Appreciation of Subtlety and Dark Humor 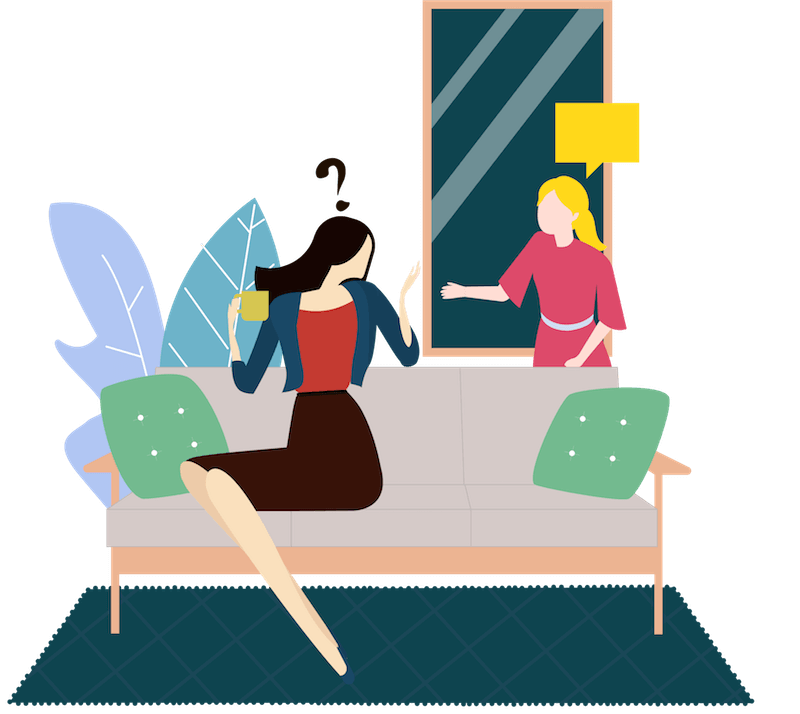 · A Love Letter To My Aunt 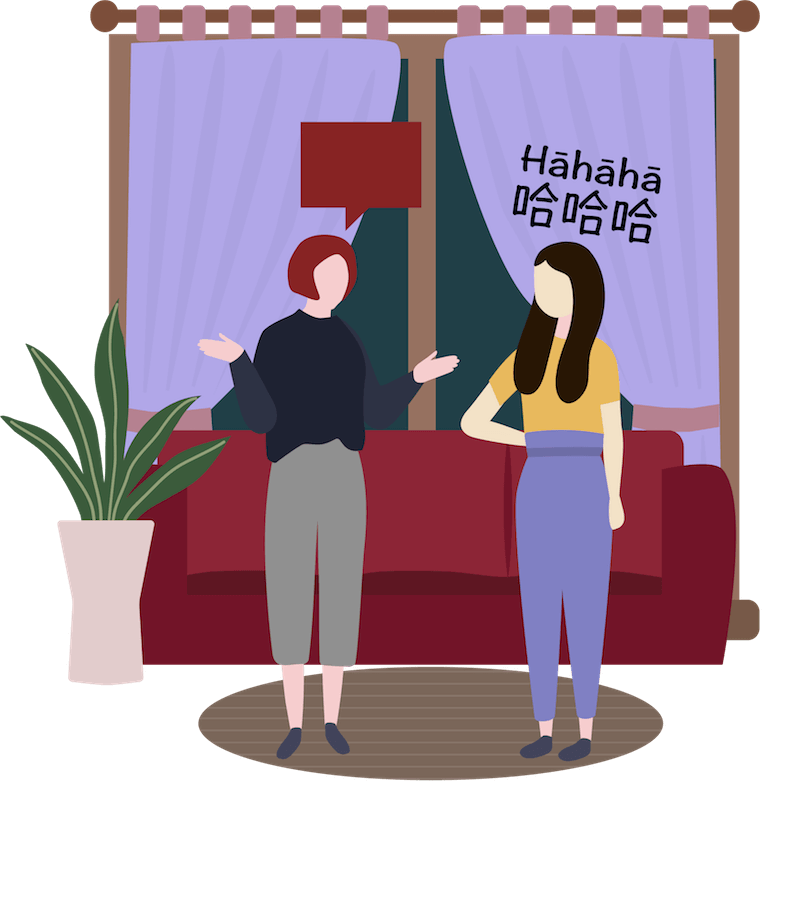 A list of slangy jokes that you can show off to your friends, or make funny remarks.

How To Study Humor In A New Language

Humor is something that’s universally shared between all cultures.

Chinese humor definitely shares some similarities with types of humor from other cultures. But there is also a lot to know about Chinese humor that is rather unique to Chinese culture.

When you study humor from another language/culture there are 2 important things to remember:

1. At a basic level, there are things most humans from any culture can appreciate.

These are situations where we make fun of ourselves or other people. Examples of this can include things like someone farting in the elevator or a couple fight.

2. Lots of humorous situations are funniest in the original language in which they’re found.

Examples of these situations include unexpected twists, contradictory situations, puns, or plays-on-words. These situations happen because of culture, grammar rules, or coincidences.

These are jokes that are hard to translate without ruining the effect. They may sound stupid if you told them to someone from a different culture. You can think of them as “inside jokes” for speakers of the original language.

So, What is Chinese Humor?

When it comes to humor, Chinese people love subtlety.

It’s important to note that China does not have a big market for slapstick comedies, though they do exist.

This is not to say that there is no good subtlety in western entertainment and culture. I’m just trying to give you a feel for what the masses find funny in China.

This way you can develop your “Chinese sense of humor.”

It is hard to find a movie scene with a Chinese equivalent of Will Farrel dancing around with his shirt off. However, the majority of Chinese people will roar with laughter at something that may be considered more “dark.”

I will give you an example of a standard Chinese TV joke. In a popular Chinese sitcom, there’s a line that’s used by one of the main characters when he thinks his life is in danger.

Why is it so funny to Chinese people?

Because under that situation people normally say things like “tell my wife I love her” or “take care of our son.”

The point of good humor in the line “take care of my seventh great uncle” is that someone’s 七舅姥爷 is such a distant relative and the audience did not expect him to say that.

The sentence itself also tells us about the background story of this male character:

Chinese people find this situation shocking and conflicting. However, since this line was said in a sitcom and the story is made up, they feel no need to be sad and can just enjoy a good laugh.

It’s funny because the joke explains a lot about the character. You can also ponder the ramifications of this line on the life of the character very deeply if you want.

This is what Chinese people consider good humor.

The following situations I illustrate in this section are not “Chinese Jokes” by themselves per se. However, if you can understand the nuances of the language and the possible mistakes you can make while speaking (especially things that have double meanings) you can really learn to make Chinese people roar with laughter.

Before you can become the master of telling Chinese jokes, you need to understand that as a Chinese learner you are going to make tons of mistakes and people are going to find it funny. Therefore you may be a source of humor for native speakers you practice with (in good taste that is).

So we want to warn you about the types of situations you will encounter, so that way when you encounter them, you will be prepared and will be able to drop awesome Chinese jokes on the spot.

1. Learn From Funny Situations that Arise From Miscommunication!

Translation: An international student is eating in a restaurant in China, he wants to ask the waiter for a knife, so he says: “please knife me.”

This is my favorite joke to show my students how important measure words are in Chinese. This certainly conveys the message in a unforgettable way.

For example, in English, the concept of “measure words” exists, but is more optional. It is not vital for conveying meaning as it is in Chinese.

In English, we use measure words to make our meaning even more clear.

1. To quantify the amount of an object (a roll of yarn) or a substance (a cup of tea).

2. For specific clarification. In a restaurant that sells wine by both the bottle and the glass, you could say: “Can I have a glass of wine, please?” To indicate you want a glass of wine, not a bottle.

But in a lot of situations you don’t HAVE TO say it in English, for example:

I had 3 beers last night. (its not necessary to say “3 bottles or glasses of beer”)

Do you want an apple? (No measure word necessary)

So, what measure word would you use for apples? If you don’t work on an apple farm then you probably don’t ever need a measure word for apples (buckets of apples?).

So as you can see, in English you don’t need to always use measure words.

But in Chinese, measure words are a MUST, they’re not optional.

If you don’t use the a measure word in Chinese, your sentence either:

The measure word in Chinese does serve the purpose of quantifying a substance (一杯牛奶🥛). But when it comes to objects, it can get a little weird as certain objects may warrant a specific measure word.

Remember that in Chinese the sentence structure we use is:

Take a look at these characters:

They are all kind of long and thin in some way, right?

“根” originally means the root of a plant, and also is a measure word used on long and thin objects. Because root are long and thin, makes sense, right?

Now Look At These Characters:

猫，猪 and 狗 are all animals, 只 is a measure word used when saying the names of animals.

That’s the reason why the student in the joke accidentally asked the waiter to knife (stab) him. Because the student forgot the measure word for “knife”.

The most important measure word you need to remember is “个.” “个” is the general measure word that’s most commonly used.

“个” should be said with objects that don’t have a specific measure word, like apples.

This is how you correctly say an apple in Chinese: 一个苹果

TIP: When you are not sure which measure word to use, you can just use “个” as the measure word. Technically, its not correct to use “个” with ANY noun. But it can probably make the sentence understandable and is better than skipping the measure word.

An international student had a crush on a Chinese girl.

He decided to write her a love letter, but forgot how to write the character “娘” in the word “姑娘” (young lady).

He remembered his Chinese teacher told him “妈” and ”娘” mean the same thing, so he used “妈” to substitute “娘”, and he wrote: “Dear 姑妈 (aunt)…”

Don’t call the girl you like “aunt”, unless your name is Jon Snow. Just kidding.

Was the teacher in the story wrong?

Yes and no, the information his teacher told him is correct. 娘 and 妈 both mean mother/mom，娘 specifically is an antiquated word that is still used in some areas of China as a colloquial expression, while 妈 is commonly used by most people.

However, 娘 and 妈 only mean the same thing when they are used by themselves.

However, what the guy’s teacher obviously forgot to tell him, is that when 娘 and 妈 are used as an element in a word, they can’t be replaced by one another, because that might change the meaning of the word.

婆娘 (wife in some accent)

There are other characters and words that are similar to 娘 and 妈 that share similar meanings when they are used by themselves. The key is not to change the elements in a word, just like you can’t say waterrium or aquamelon.

3. Is It Convenient For You If We Eat Together While You Convenience Yourself?

On another day, his friend tells him in Chinese: “We can eat together when you fangbian.”

International student: “I never eat when I fangbian!”

Was his friend really asking if they could eat together while he is using the bathroom?

Obviously there is some sort of misunderstanding.

If you know a little Chinese, you are probably confused now, because you remember that the meaning of the word “方便” is “convenient or convenience.” If this is you, you are completely right. His friend was actually saying “we can eat together when it’s convenient for you.”

“Convenient or convenience” is the most common meaning of the word “方便.”

Translation: I live next to the mall, it’s very convenient to buy stuff.

So did the Chinese student lie to him about “方便” meaning “to use the bathroom”?

That’s the thing, the word 方便 does also have a widely used extended expression “方便一下.” Normally when people say that under the right context, they mean they need to use the bathroom in a subtle way.

While some people still say “我去方便一下” to excuse themselves, this expression is a little outdated now and is no longer the best polite way to express that. Nowadays, it’s much more common to say “我去下洗手间。” among young people to politely say “I need to use the restroom.”

10 Chinese Jokes To Learn and Impress Your Friends

Here is a list of 10 of the best one sentence “slang” Chinese jokes that you can learn to show off to your friends, or make funny remarks.

Note: Some characters are actually pronounced with a tone change in the context, I put the actual pronunciation in the parenthesis.

Note: Tell this Chinese joke when you want to warn people about someone who seems perfect but is actually not as good of a person as he/she acts like.

Note: Taken from the concept of 24K gold, you can call someone (or say it about yourself) 24K纯爷们，a real man.

English: The first one to find out that you can drink cow’s milk, what on earth did you do to the cow?

Now that you fully understand how to learn humor in a new language, what Chinese people think is funny, what to look out for and know 10 more hilarious Chinese jokes, you too can be funny in Mandarin.